At The Knitting Garage at AL Stickle

I have gotten quite a bit further on The Fortune's Wheel.
I just started knitting up the fourth and final yarn for the body of the sweater.  The pattern states to knit up five skeins of yarn and to then work the border with the final sixth yarn, but there are only five skeins total in the package.  Dyelot Yarns changed the number of yarns in the Stimulus Package from six to five.  There is no longer the yarn "Twisted".  Instead the other yarns have slightly longer yardage to make up for the missing yarn and you still end up with a total of 670 yards of yarn in the package.  The company did make the change on their website and on the yarn label, but on ravelry and in the pattern it still states "six skeins", so that can be a bit confusing.
Still, the Stimulus Package is a great Yarn and good deal.  The only other suggestion I have, is to put small tags on each skein to identify them by name to make it easier on the consumer who may not know their fiber so well. 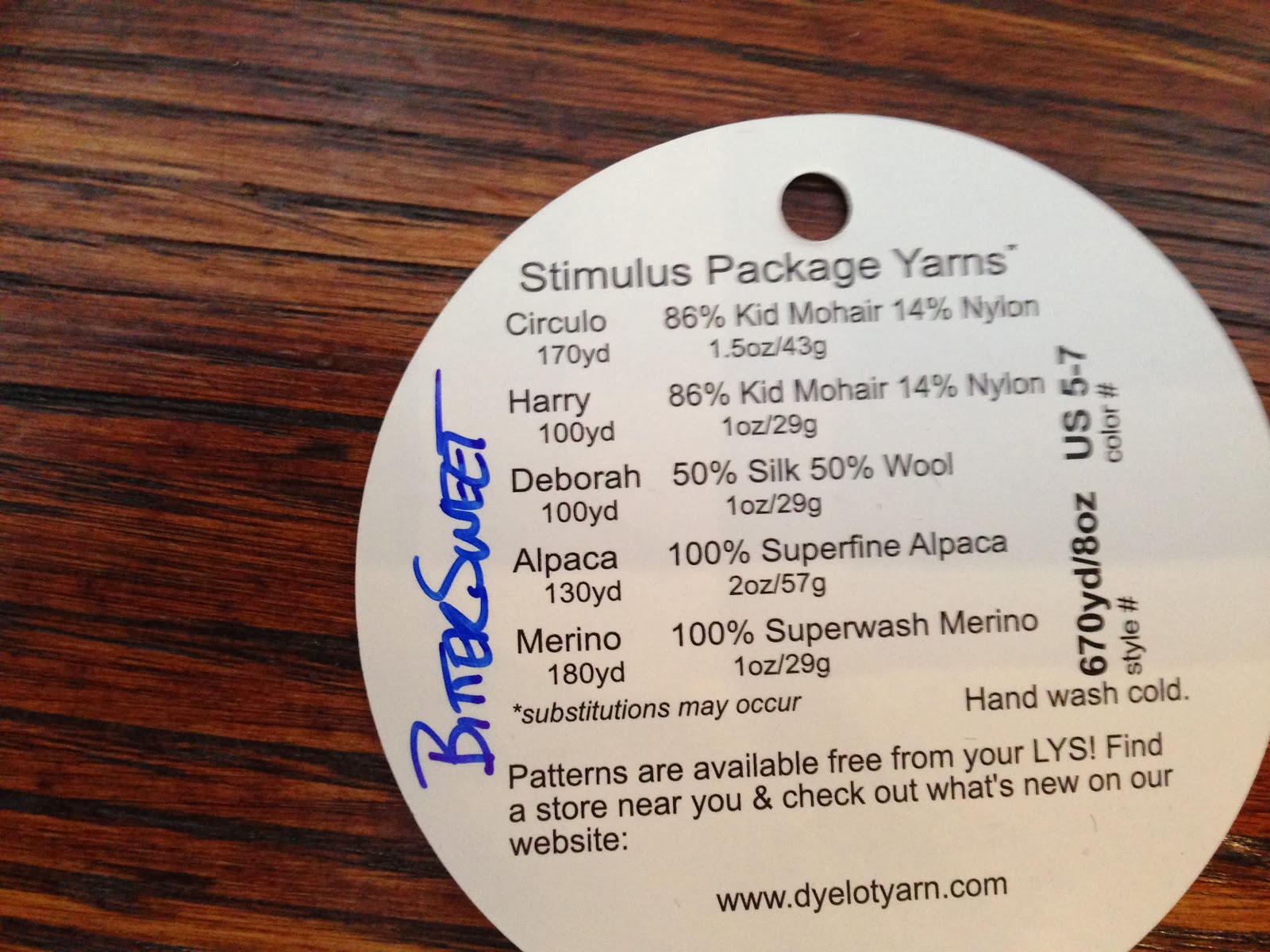 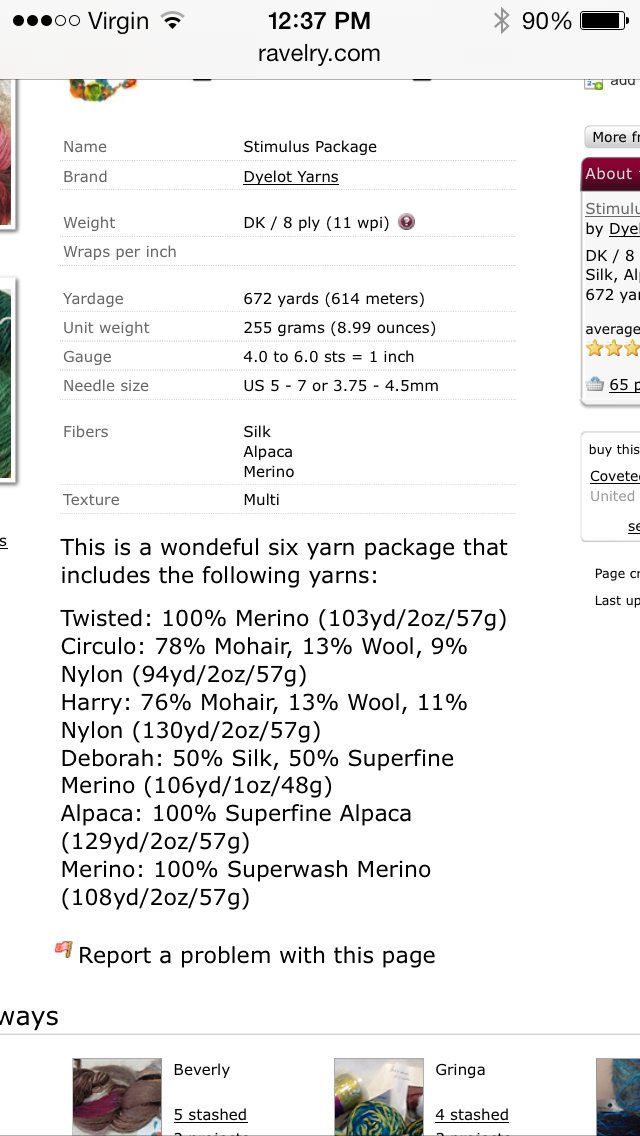 My Fortune's Wheel is close to finished.  The sequence in which I used the yarns is as follows:
1. Alpaca (about 1/3 of the skein),
2. Harry
3. Deborah (this is when I worked the armholes)
4. same as 1.. Alpaca (the remaining 2/3 of the skein)
5. Circulo
And I will use the Merino for the edges taking the designer's advise. 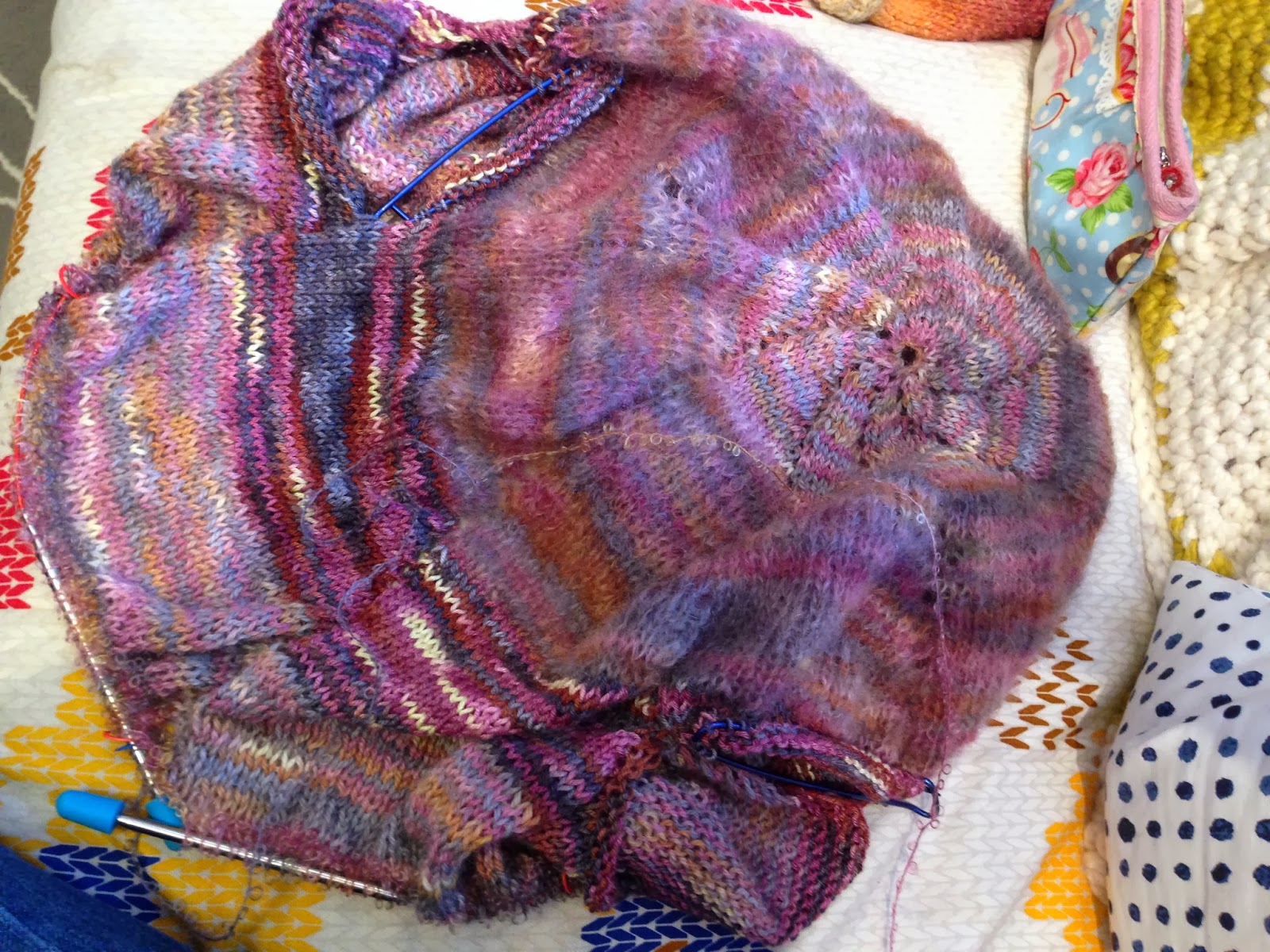 The Circulo is a little hard to work with.  The yarn cuts into my finger and my needle gets caught in the circles ever once in a while.  Julie whom I work with, suggested to put a band aid on my finger which works well :) 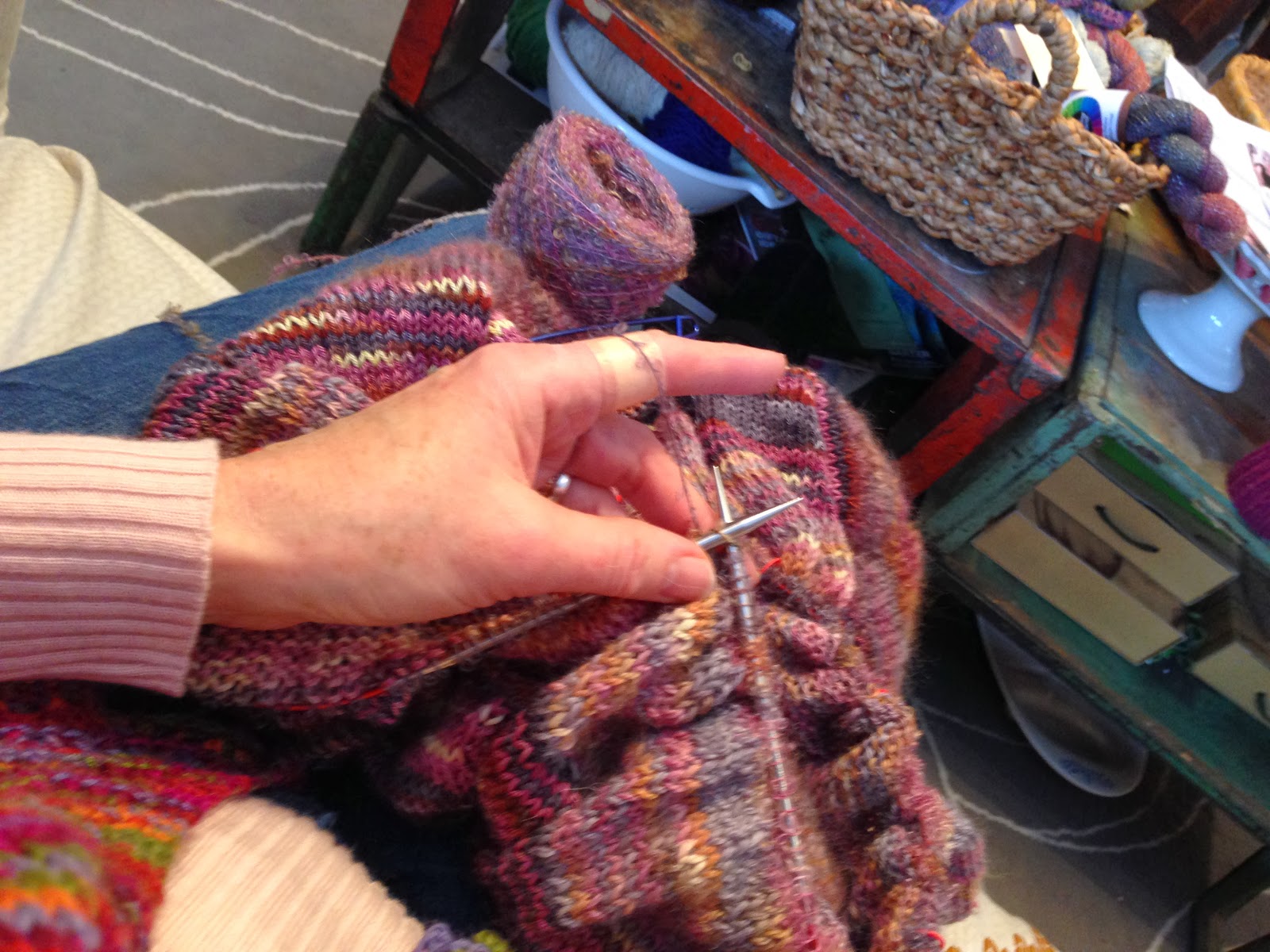 My Owl sweater has been hibernating for the last week as I have been putting in more time at my LYS.
When winter storm Pax came through the region last Thursday and I was stuck at home I did frog my first attempt of the body and I cast on my first sleeve.  Later today, after putting up this post, I will sit down with a cup of tea in a very special cup  a friend gave me and get reacquainted with my owl sweater :) 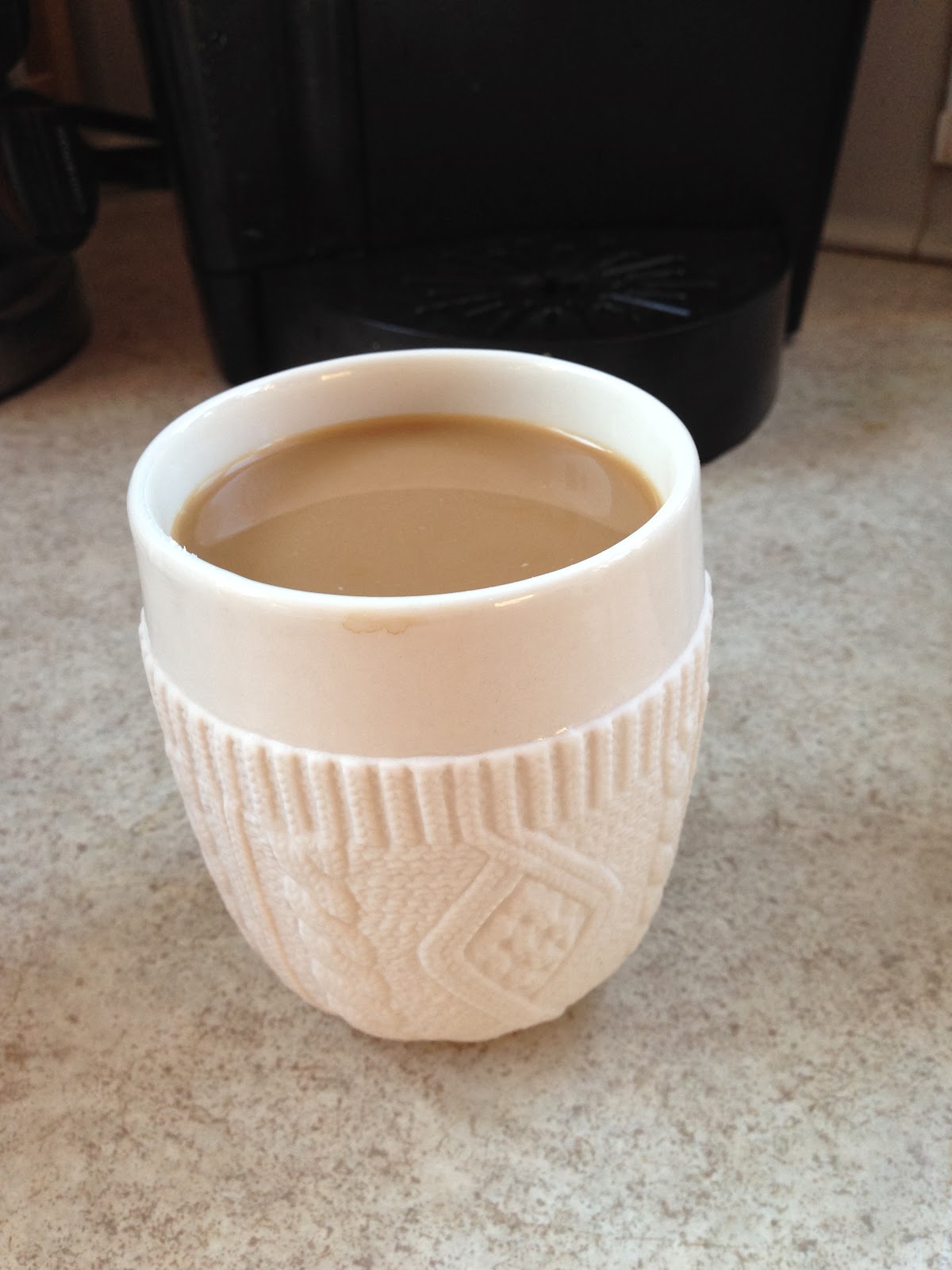 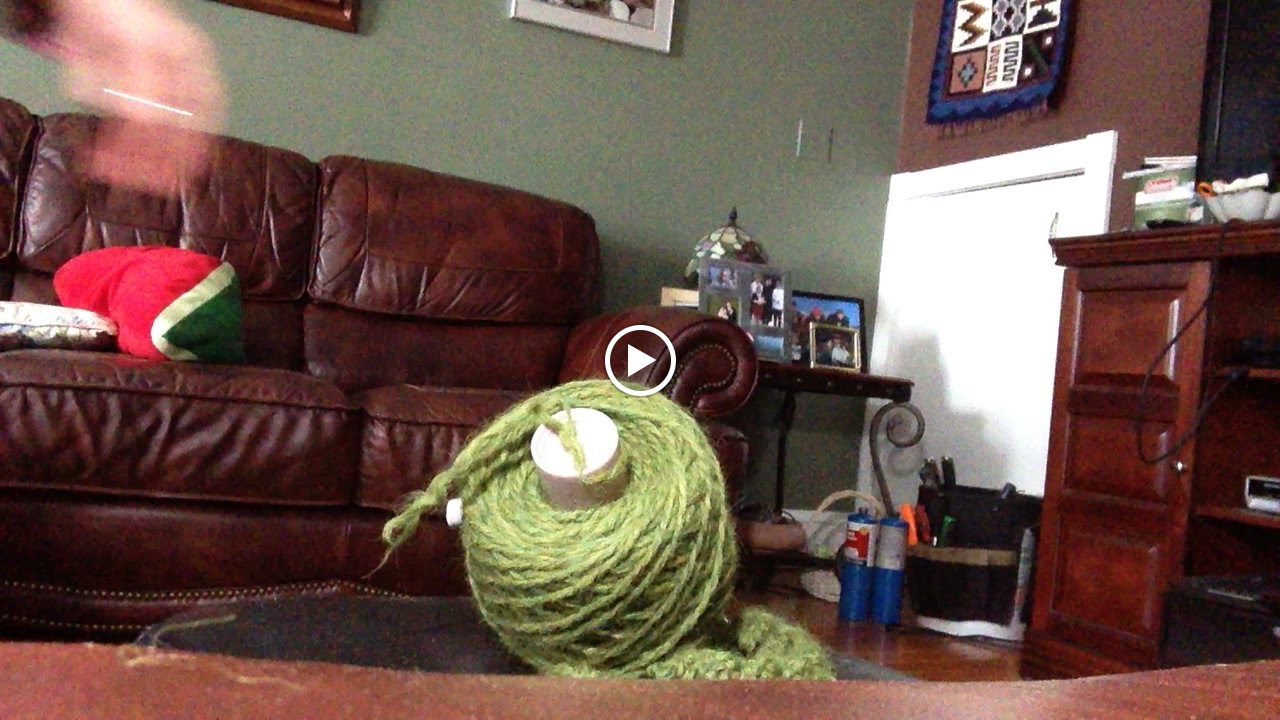